Building a smart home has never been easier with smart light bulbs. Using your phone, you can monitor and control your lights from almost anywhere. Also, smart light bulbs use less energy and last a lot longer than traditional light bulbs. It helps you save more money in the long run.

Here are some of the best smart light bulbs on the market. 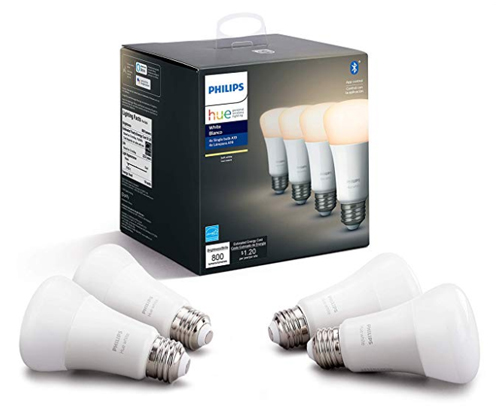 Out of all the smart light bulb brands, you will probably have heard of the Philips Hue smart light bulb. It is one of the most easily recognizable smart light bulbs in the market and that is for good reason, it is cheap, reliable and has been proven to work well. It is also very advanced with its features, which include the Hue Bridge, which allows you to connect up to 50 smart light bulbs in your home up to its app which can be downloaded on both Android and IOS devices.

The app allows you to control all the dynamics of your Philips Hue smart light bulb, from the color (which can be picked from over 16 million colors, impressive, we know) to even just turning the lights on and off. 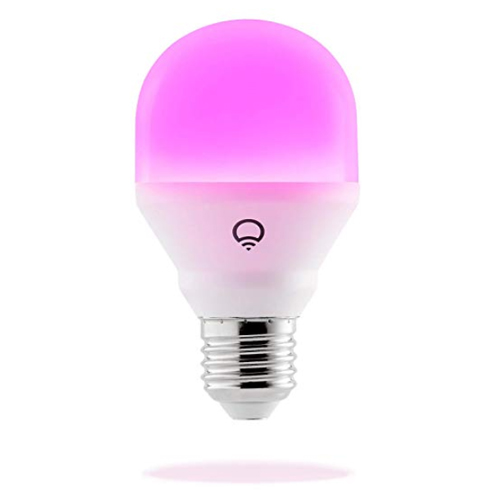 Lifx, which began its life on Kickstarter, meaning it was an Indie project, is what could be considered one of the only competitors to the Philips Hue. They both possess a variety of similar features however the LIFX is just a tiny bit cheaper than the Hue. The advantages to the LIFX include the act that all the bulbs have built-in WiFi capabilities, meaning that you don’t need a hub as the Philips Hue does and that they are basically just plug and play.

The LIFX also allows you to control your smart light bulb from practically any device you own, from your apple watch to your android or IOS phone to even using your voice to control it using your Amazon Alexa the LIFX is integrated with a lot of platforms.

The reason we don’t suggest this as our “go-to” even though it definitely has more features over the Philips Hue is because it is much harder to find a LIFX smart light bulb in stores, it is much harder to get it all working and since it began its life as a Kickstarter it also doesn’t have a big trustworthy brand propping it up. 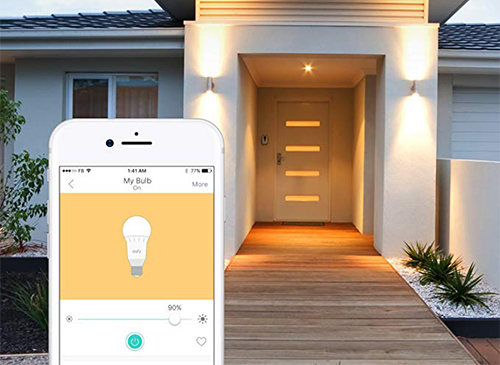 Eufys smart bulbs, like the LIFX, don’t require a hub and so it is as easy to use as just screwing them into where you want the light to be and then messing around with it. The Eufy has Alexa voice integration, has an android and IOS app, however, it doesn’t have a colored bulb yet, meaning that you can’t change the color of your light bulb with the press of a button. 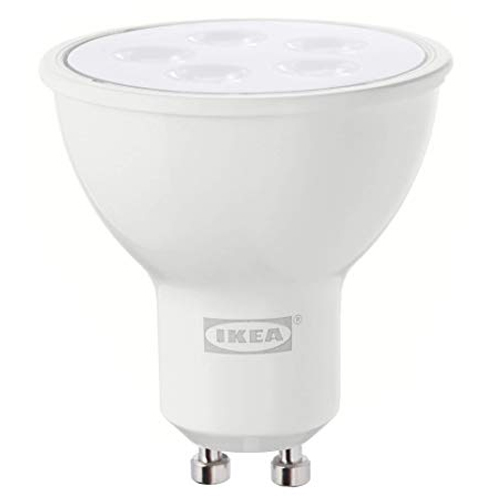 The Ikea Tradfri has a similar array of features to the Philips hue while working without needing a hub. The Ikea Tradfri can either be the usual light bulb color or can have multiple colors depending on which one you buy. Out of all the bulbs we have covered so far the Ikea Tradfri is by far the cheapest, and comes with the added comfort of not having to install a hub in order to use them, making them far easier to set up. 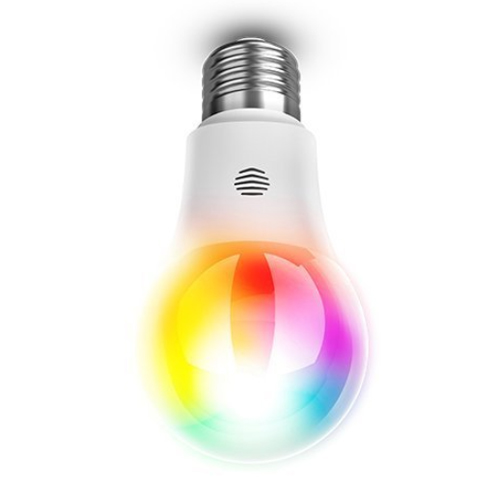 The Hive Active Lights are a very simplistic smart light bulb akin to the Phillips Hue, it requires a hub and can come in either a standard bulb, spotlight bulb or E14 Candle Bulbs. It has different color capabilities and works with both Amazon Alexa and Google Assistant meaning you can use both your Amazon Echo and your Android Smartphone as a hub to communicate to your new smart light bulbs. 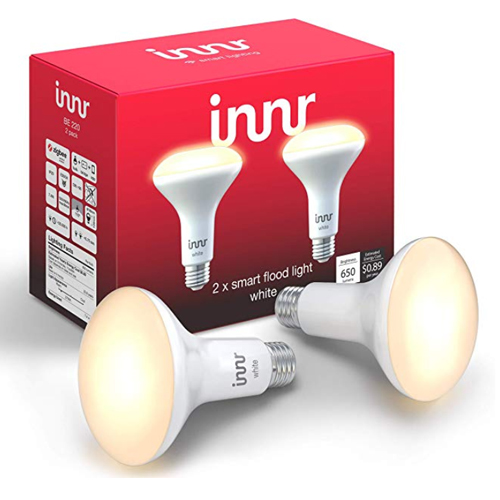 INNR is a newer series of light bulbs which has the same basic features as most other light bulbs on this list, including Amazon Alexa integration and its own app on Android and IOS, meaning it has integration with practically every handheld device you own. The INNR bulbs can be bought in either standard, spotlight or E14 Candle sizes, which are standard for smart light bulbs at this range.

The Nanoleaf Light Panels are the most unique bulbs on this list as they are more like panels that can be put onto your wall. They have Amazon Alexa, Android and IOS integration. The unique thing about the Nanoleaf is the fact that the lights change and are in tune with the beat of a song you may be playing on your phone or speakers. If you’re looking for something unique definitely check out the Nanoleafs. For non-conventional smart light bulbs this is definitely our number one pick for you! 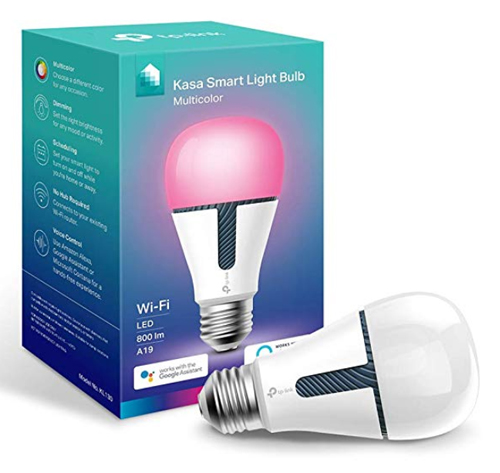 Yes, even TP-Link has Smart Light Bulbs though they aren’t anything special. They feature the standard colors and the standard Android, Amazon Alexa, IOS and Google Assistant Integration. 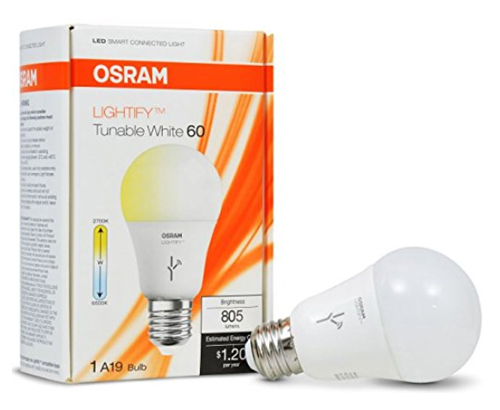 Osram makes lights for the Eurovision contest. Osram has also created a line of smart light bulbs that aren’t just light bulbs but vary from bulbs to LED light strips to panels. They come with the standard Amazon Alexa, Android and IOS integration and can change colors.

So, if you want premium quality lights which are good enough to even be used in the Eurovision Song Contest then the Osram Lightify series of smart light bulbs, LED strips and panels will certainly bat an eye for you. 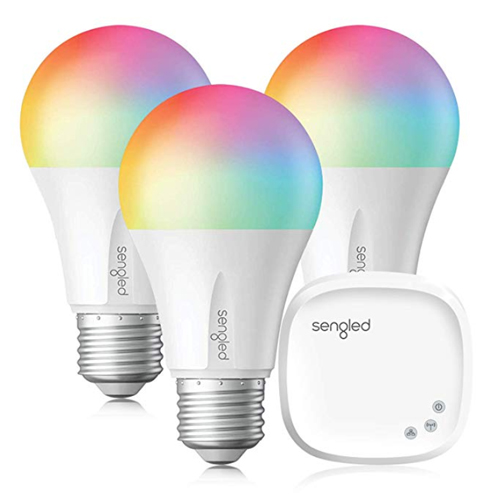 A very standard and basic smart light bulb with voice control. It requires a hub, has the standard Amazon, IOS and Alexa integration and has features like lighting schedules.